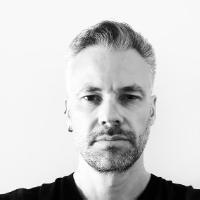 I am a reactionary archaeologist, and I primarily work within contemporary archaeology and archaeological theory. In particular, I am interested in probing deep into the surface, exploring archaeological challenges with a persistent urgency within the discipline. Thus, my research is by no means ground-breaking, innovative, original, progressive, avant-garde or revolutionising. Rather, I seek to hold on to questions that have marked archaeology since its origins in the 19th century: how to deal with the fact that its source material is always characterised by some degree of disappearance, by fragmentation and by vagueness?

Particularly, I focus on neglectable objects that seem to be culture historically insignificant and that are socially impotent or meaningless, but that are present nevertheless; objects that are otherwise disregarded as irrelevant or without context and which do not seem to have any information value. The aim is thus to attempt to describe an archaeology, which may offer a space for the occurrence of accidental objects. To this end, I explore forms of representation that do not aim for systematic, objective documentation, but can accept that the chance observation necessarily must depend on subjective, speculative fabulation.

This work has resulted in the opening of The Hub for Speculative Fabulations upon Incidental Observations. The Hub is an unfinanced network of researchers with an interest in the modest, the ignored and that which leads thoughts astray. With no preceding hypothesis, the aim is to explore the topography of the neglected and the shy by pursuing such unplanned trails. Hesitation and doubt are the primary methods of The Hub.

I teach theoretical courses at BA and Master's levels, and contribute to a host of other courses on both educational levels.