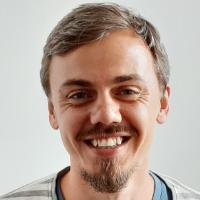 Mikkel Nørtoft is a PhD Fellow at Department of Prehistoric Archaeology at the Saxo Insititute with the project "Social Dynamics in Neolithic and Bronze Age Europe: Investigating the male dominance narrative through archaeology, aDNA and linguistics" (Principal Supervisor: Asst. Prof. Rune Iversen). This project focuses on identifying and measuring social inequality in Neolithic and Bronze Age cemeteries from grave data such as grave goods, burial architecture and more combined with ancient DNA data to investigate if a change in inequality can be measured before and after herders from the Pontic-Caspian steppes spread in Europe c. 3000 BCE.

Mikkel holds an MA in Indo-European studies, and he has from the beginning of his studies focused on multidisciplinary approaches to Indo-European topics to illuminate culture, as well as the branching of Indo-European languages and migrations by combining language, archaeology, genetics and whatever disciplines that may be relevant in the investigation of a topic.

He worked as a Research Assistant at Evolutionary Genomics, SUND, UCPH with mapping of migrations through ancient DNA.

Mikkel has published in Archaeological Textiles Review No. 59 where he, apart from comparative linguistics, also included dye analysis of archaeological textiles, dye concentration of reddyeing plants, archaeobotany, plant names, folklore and ethnography, in his investigation of the prehistory of the English name of the dyeplant madder, and why it has its origins the Proto-Indo-European word for 'blue'.

Mikkel also investigated the use of plants as rennet in prehistory, and in this context he also succesfully utilised nettle as rennet.

Additionally, he has examined Germanic contacts in prehistory through prehistoric loanwords, archaeology and genetics to find out when ancestral Germanic speech came to Scandinavia.

Mikkel Nørtoft was also affiliated with the Centre for Textile Research (CTR) at Saxo, UCPH as a guest researcher, where he is part of the steering group of ”The CTR Makerpspace for Textile Heritage”. His primary contribution to this project was to teach Geographical Information Systems (GIS) to empower researchers to to create their own maps for publications, etc, as well as teaching how to make podcasts for the Fabric of My Life project at CTR. He has also contributed with an interactive online atlas of archaeological textiles, which he also initially helped develop further into a future textile atlas for the COST EuroWeb project for CTR.