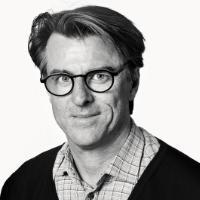 Stuart James Ward is professor of British imperial history and head of department at the Saxo Institute at the University of Copenhagen.

His research deals broadly with the political, cultural and economic dimensions of global decolonization since the Second World War and the historical legacies of imperialism in contemporary Britain. Historians, writers and political commentators frequently posit a causal connection between imperial decline and a range of contemporary national dilemmas (from Brexit to Northern Ireland to the political pressures of Scottish separatism). To what extent can the methods and perspectives of global history shed light on the relationship between decolonization and the ‘Break-Up of Britain’?

For more than three decades he has written and commented on the course of Britain’s fractious membership of the European Union, including the role of post-imperial memory in shaping British attitudes to Europe and the wider world. His most recent book is Embers of Empire in Brexit Britain (with Astrid Rasch, eds, 2019).