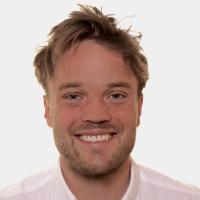 I obtained my master's degree in Ancient Greek and Latin at the University of Copenhagen in 2017 with a thesis on the depiction of Aphrodite in Hesiod, Homer and the Homeric Hymns.

In 2016 I was a Visiting Member of the Corpus Christi College Centre for the Greek and Roman Antiquity at the University of Oxford, where I studied Catullus, Virgil and textual criticism.

From 2017-2019 I was trained as a language officer in Arabic in the Danish army, where I encountered exciting new ways of learning, teaching and translating a foreign language.

My ongoing PhD project (begun in September 2019) is focused on the translation of ancient Greek tragedy, especially the choral odes. As part of the project I am translating the Persians by the Greek playwright Aeschylus into Danish with rhymed choral odes on Danish metres.

My particular interest is to explore how we can translate the choral odes in order to make the reader sense that they were originally sung to the accompaniment of music. While hardly anything of the music survives, we are left with the rhythms and the words.

The PhD project tests two basic assumptions. Firstly, that the choral odes should be translated in the metres of the target language in order to create some of the effect that the original rhythms might have had in the source language. Secondly, that we (in Northern Europe at least) should translate the originally unrhymed odes into rhymes, since rhyme during the centuries has established itself as a marker of song.

In order to find equivalent modern metres in which to translate the Greek choral odes I am currently exploring the relation between metres and words in the Greek tragedies. At a later point in my project I will look deeper into the practice of rhyming and songwriting in Europe.

In the Autumn term 2020 I taught the courses Latin poetry and Ancient poetry.