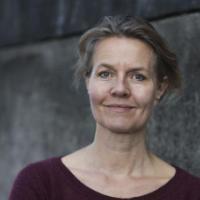 I am a historian fascinated by northern Europe 1650 - 1850. My special interests are transnational history, cultural history, history of ideas, and sociological history. My work focuses on social structures, ideas, collective mentalities, discourses and practices rather than on individuals or historical events.

In my current research, I explore radical Protestantism in Great Britain, Germany, Denmark, and Norway. I am especially interested in how the devotees shaped their habitus in accordance with their faith, how notions of true faith and rebirth influenced their social interaction, and how they created discourses of spontaneous social protest. I also investigate how broader parts of the population in northern Europe reacted to – often against – the propagation of Puritanism and Pietism.

My PhD dissertation on the patriotic societies in Denmark, Norway, and Schleswig-Holstein was an enquiry into the cultural and organizational processes in the transition from estate societies to modern civic societies. Here, I showed how members of the middle classes developed a distinct culture and identity, which placed them in a position to be pacesetters in public debate and in political life. In my dissertation, I used a theoretical and methodological approach from the fields of cultural political history and sociological history. A revised edition was published as a monograph in Danish by Museum Tusculanum Press in 2010.

Internationally, my research is published in anthologies as well as in leading academic journals, such as Nations and Nationalism (Wiley-Blackwell), Eighteenth Century Studies (Johns Hopkins University Press), Historische Zeitschrift (De Gruyter Oldenbourg), and Intellectual History Review (Taylor and Francis). I occasionally write for national newspapers about the uses and understanding of history in  society today.

I received my PhD from the University of Copenhagen in 2005 where I have taught as an associate professor since 2013. I have also had long research stays at the university of Cambridge, at the Max-Planck-Institut für Geschichte in Göttingen and at the Franckesche Stiftungen in Halle. From January 2020 to March 2021, I have a research scholarship at The Free University in Berlin granted by the Alexander von Humboldt Foundation, Germany and supported by the Carlsberg Foundation, Denmark.