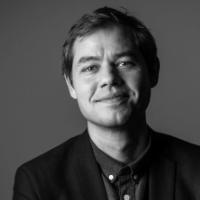 Migration was an important feature of the ancient Greek world. Evidence from funerary inscriptions—left behind by practically every Greek city—are pertinent reminders that every Greek city was home to populations who had migrated from elsewhere in the Greek world— and beyond—or were the descendants of immigrants. For a substantial number of the inhabitants of the ancient Greek world migration in some form or another played a vital part in shaping aspirations, opportunities, behaviour, beliefs and outcomes.

The importance of migration in shaping the ancient Greek world has long been recognised. In particular, migration is often regarded as a key feature of the so-called Hellenistic period.Yet in spite of the importance placed on migration, the subject has not received the attention it deserves and historians still owe it to explain how communities were affected and transformed by migration.

Studies of immigration in the Classical and Hellenistic polis have traditionally been preoccupied with the legal aspects of free-foreigner (or metic) status resulting in a somewhat monochrome picture of the foreigner as a figure of law defined only by his or her legal duties and privileges vis-à-vis the citizens. Migrants and Membership Regimes in the Ancient Greek World (400 BCE – 100 CE), aims to investigate a range of aspects of migration in the Hellenistic world under a shared theoretical framework and working from the common hypotheses (1) that polis membership regimes were multifaceted with points of interaction with foreign residents determined by wealth, legal status, skills, age and gender. (2) That access to resources such as land, personal safety, employment opportunities, labour, prestige and more were guarded and constrained by laws, regulations, customs and values that constituted a membership regime. (3) That the particular features of membership regimes were constantly negotiated between insiders and outsiders.

Migrants and Membership Regimes in the Ancient Greek World (400 BCE – 100 CE) brings together an international and cross disciplinary team of researchers and is funded by a Sapere Aude grant from the Danish Council for Independent Research.

The Politics of Association in Hellenistic Rhodes

Ancient democracy is closely associated with a set of political institutions ostensably designed to corden off politics from society. When entering the assembly to vote or in being (s)elected for a magistracy, the citizens were to be equals, free of the hierarchies that otherwise governed their social lives: wealth, family, social connections. In some cases, however, social institutions pushed back and inserted themselves into politics. The Politics of Association in Hellenistic Rhodes traces the integration of social institutions into political institutions in the famous ancient democracy in the city-state of Rhodes. The book is out now with Edinburgh University Press.