The Cultural Heritage of the Region, the Nation and the World: The heritagization context of Christiansfeld 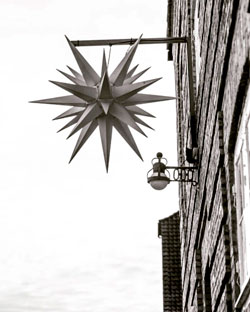 The research network Religion, Modernity, and Cultural Heritage: The Legacy and Sustainability of Moravian Christiansfeld invites to a final seminar.

Under the heading of “The Cultural Heritage of the Region, the Nation and the World: The heritagization context of Christiansfeld” the seminar will shed light on the regional, national and international context of World Heritage Site Christiansfeld in Southern Jutland.

The town was established in 1773 by German speaking Moravian Brethren, and is situated south of the national border between Germany and Denmark in the period of 1864-1920. In the summer of 2020 the reunification of Denmark and Northern Schleswig will be celebrated. Thus, Christiansfeld is part of a border region where regional, national and transnational heritage, histories and identities are performed, negotiated and transformed.

All are welcome! Registration required by mail to rasmus.rask@hum.ku.dk before February 24th 2020

The seminar is sponsored by the IRFDK Research Network: Religion, Modernity, and Cultural Heritage: Inquiries into the Legacy and Sustainability of Moravian Christiansfeld

Heritage subjects and heritage objects: Some reflections with reference to Christiansfeld

In a recent presentation, Anne Eriksen suggested that the notion of heritage implies the existence of heirs, who may be understood as the intended and/or legitimate beneficiaries of a heritage (as a literal inheritance) in the process of transmission. However, the literature on cultural heritage does not pay much attention to the heirs, or in my own terms: the subjects of heritage.

That confusion leads to an often anachronistic treatment of the various ideas and practices towards specific objects, but such murkiness may also afford unexpected opportunities to localized heritage communities or constituencies.

In this presentation I will offer some preliminary reflections on the distinctions and connections between heritage subjects and heritage objects with reference to the Christiansfeld World Heritage site.

Heritage, memory and scale: Border practices and edge-work on the ruins of Danish-German war legacies

This talk addresses heritage practices, memory efforts and material affordances in post-war landscapes, with a particular focus on the Danish-German relationship and questions of scale.

I draw on ethnographic material collected, across a string of projects, at two different locations where these questions are stamped upon the land in intricate ways. The first is the historical battlefield of Dybbøl/Düppel, the key site of the Danish defeat in 1864 at the hands of the Prussian and Austrian armies and a symbolic node of major signification in Danish historiography. The second focus is the remains of the World War II bunkers along Denmark’s Western coastline, part of the vast “Atlantic Wall” constructed on the orders of Nazi Germany along the coast of occupied Europe in 1942-44.

I will argue that these different locales and the life and “edge-work” around them can be used as potent prisms to explore fundamental questions about belonging, positioning and connectivity in a global world, and about the kinds of sense that “history” and “heritage” make today. In this, the issues of scale – of, for example, how certain sites or stories are asserted value on a regional, national, and/or transnational level – are pertinent, and not just in order to understand the past.

At a point in time when Europe’s edges and ‘values’ are once again heavily disputed, thinking through the ruins of the Danish-German war legacies may provoke wider questions about what it means to protect, bolster or ‘safeguard’ Danish or European edges and borders today.