Excavations at the Promontory Palace of Herod the Great 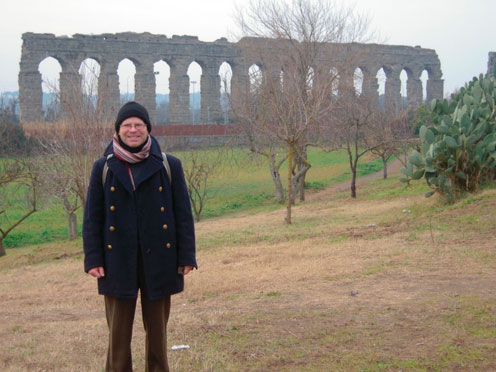 Caesarea Maritima, Israel, has a long and rich history spanning almost two millenia from its beginnings during the Augustan period.  Originally a Herodian foundation (begun 22 BCE) including all of the architectural majesty with which he imbued so many of his projects, the city retained its regional, administrative importance well into the Byzantine period.

Religious pilgrims, meanwhile, continued to visit as late as the medieval period.  In the 12th and 13th centuries, the city formed a part of the Crusader kingdom.  Although Caesarea’s fortunes subsequently declined, it remained sparsely populated and was eventually made the home of a Bosnian Muslim settlement from 1884 to 1948.

Much of this history is reflected in the promontory palace of Herod the Great and the rich and varied stratigraphy that covered it over the course of those two millenia.This complex series of activities are currently a source of debate among the scholars who work on the city. As a result, the disentaglement and clarification of these activities are central to publishing the site, and represent the focus of current efforts. Work and study have revealed a monumental palace built in two phases (22-10 BCE) that is well-planned and fully integrated into the southwestern section of the larger city of Caesarea. Figuring out what happened during the later centuries of the palace’s history is thus crucial to understanding the development/abandonment phases of this section of the larger city.

With over 800 loci, 8,000 photographs and slides, and 11,000 finds to consider, we have turned to a large database to help manage everything and try to organize and connect as many pieces of the puzzle as possible and see what picture starts to emerge.