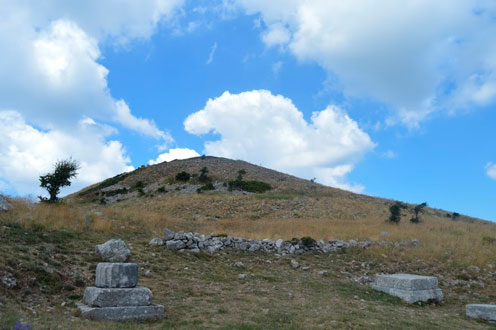 Friday Lecture at Archeaology, by Dr. Anna Vasiliki Karapanagiotou. Ephorate of Antiquities of Arcadia, Hellenic Ministry of Culture and Sports.

Excavating at the sanctuary of Zeus on Mt. Lykaion was a highly significant goal for the pioneers in the field of archaeology from the late 19th century. About a century later an ambitious collaborative research program began as a Greek-American synergasia at this Arcadian sanctuary, which includes excavation, conservation, restauration of monuments and scientific documentation of the site, which from the classical period onwards, emerged as the religious center of the Arcadians with international acclaim.

By utilizing older archaeological data and the newer research on Mt. Lykaion as well as other sacred places of the Peloponnese, I shall attempt to a) demonstrate the importance of this religious center for studying prehistoric places of worship in mainland Greece; b. reconstruct in a new light the role of the shrine in residential area of the Parrhasia during early historical times and the archaic period; and c) trace the elements that made it a federal sanctuary of the Arcadians during the late archaic through early classical period.